The PASSAGE JOUFFROY is UNIQUE for being the first HEATED Parisian covered mall. During winter, people could appreciate the hot air coming out through the grills set in the center of floor. You can still see these grills nowadays, and imagine the ladies standing over it, filling with warm air their long dresses or skirts, before continuing their visit. 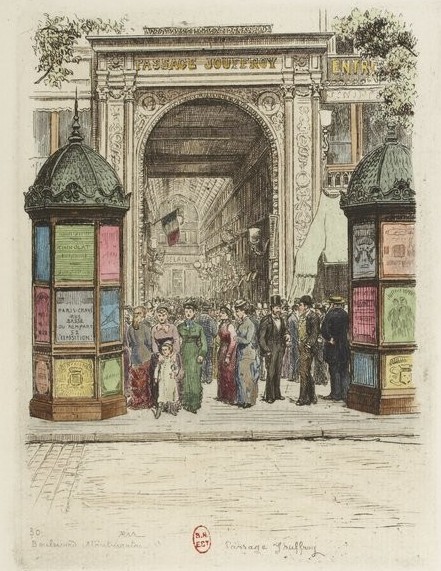 It was the FIRST PASSAGE TOP entirely conceived in METAL AND GLASS, which made a big difference from all other passages made of stone and glass. Thanks to the 19th century new technology, it was possible to create a brighter passage than anywhere else. 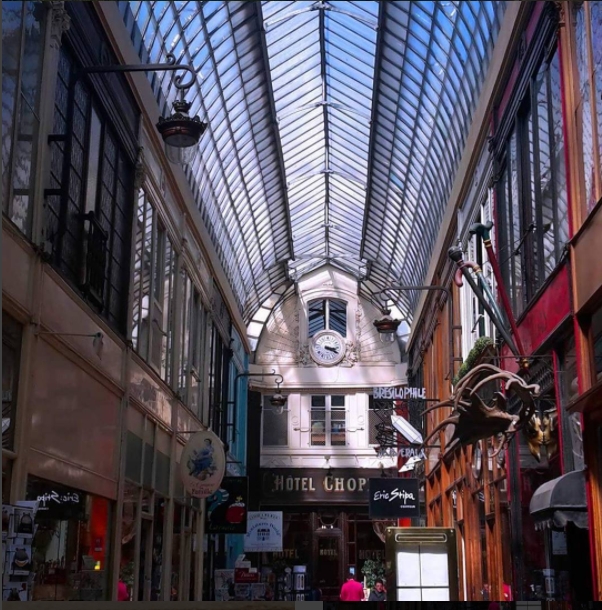 You can find GENUINE PARTS of the PASSAGE as it was at its opening in 1848. The GLASS ROOF and the FLOOR, of course, but also the front of the shops which had kept the NUMBERING in the high front side. When you enter from Boulevard Montmartre, you can see even numbers on the right and odd numbers on the left. The Galerie Fayet has the Number 34! The 2 HOTELS and the 2 CLOCKS exist since the beginning. The clocks were useful for travelers who went through the passage in order to reach the coach terminal. You can also find the « MAISON GILBERT » inscription which was the name of a company whose staff were working at each entrance of the passage, and whose job was to remove mud and dung from visitors shoes.

Let’s talk about the shops that had been successful  in the passage in the past. The wellknown hat shop CHAPELLERIE DELION. Lasted 112 years, from the opening till 1960. Between 1850 and 1880, the best café of Paris was in the passage. It was called “le Café des Princes“. Et aussi Le théâtre des ombres chinoises SERAPHIN, le Petit Casino, et beaucoup d’autres suivirent selon les époques. The Chinese shadow puppetry theater "Le Séraphin" was also beloved by Parisians. 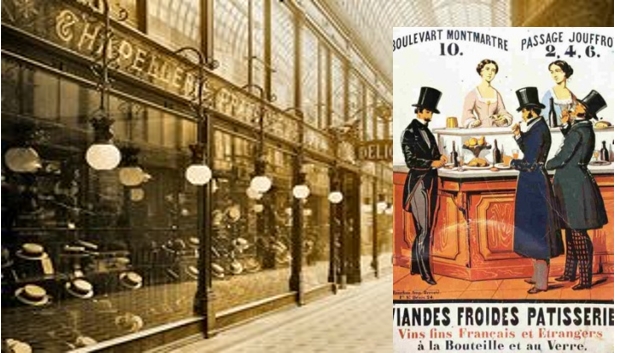 A famous GOLD BAR LOTTERY was held from 1850 to 1853. A big gold bar was on a showcase inside the Passage Jouffroy, keeping people gathering there to see it. Nobody ever won that bar. Instead of that people did win a boat-ticket to go to the United States with some money for starting living there. It was the period of the gold rush, and thanks to this Lottery 3293 persons left France for this big adventure. 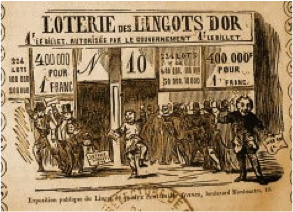 The PASSAGE and FAMOUS PEOPLE. A lot of great names had used this passage. It is said that the composer Chopin used to go through it on his way to his favorite Pleyel piano shop. Georges Méliès, who is the inventor of special effects for movies was playing on the stage of the Musée Grévin as a magician. Berlioz, Balzac, Baudelaire, Goncourt brothers, André Breton, Damia used to go to the café-concerts. The photographer Robert Doisneau did some shooting here, too. The writer Aragon quoted this passage as a place « half on the way of dream and reality».