“Fayet Rousseau” company was founded in 1909. Set up first in Thiers ( Chateldon street and United states avenue ), it is specialised in handles and sticks for umbrellas, sunshades and walking sticks, turned or sculpted, with horn or galalit. SOL – GUERIN bought out in 1927, added to its production the curving of the stick. During about ten years, the two factories worked at the same time, the headquarters were in Thiers.

At Mignot, Fayet-Rousseau knows the manufacture of the walking stick, from the wood ball to the final product. The supply in raw materials is done through merchants and wholesalers, the House CHARLES ( in Havre ) for exotic woods and merchants of Allier area for charm and beech wood. The wood is stored , is put to dry and cut up by sawyers ( band and circular saw ). One of the speciality is the model called "injected", technique inherited from the SOL GUERIN. The injection is done twice a year. Square filed wood ( mainly charm ) are impregnated of aniline stain under pressure in a kind of big cooker. ( dimension : height 120 cm, diameter 40 cm ) in order to starken and protect the "heart" of the wood. This type of model is preferably sold in United Kingdom, North America and Holland. 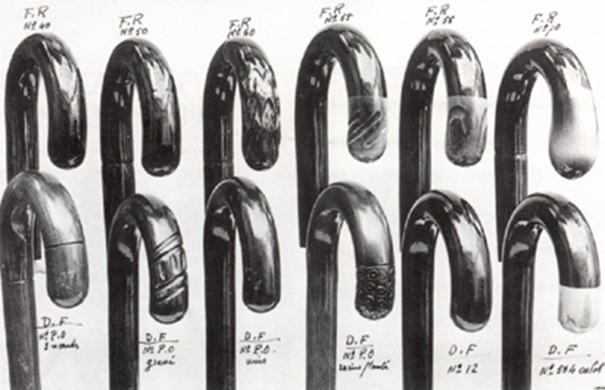 Each worker has a speciality. The hiring register details job of each one : sawyer, rasper, curver, sander, varnisher, hider, hewer, molder, engraver… We have noticed a great average of female staff that constantly represent a third of the whole staff.

In 1936-37, the two associates Fayet and Rousseau get apart. Rousseau keeps Thiers and becomes the manager of "wood plastic horn"; Fayet stays in Mignot. Fayet became “Fayet-Boyer”, it is a family association. 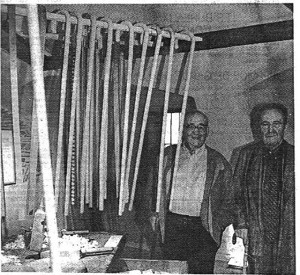 The pre-war period knocked the death knell for the stick inadapted to the rythm of modern life. The main production henceforth concentrated on handle of curved wood umbrella, related with some manufacturer of Aurillac city which is the main customer of the company (same catalogue with Déjoux and Fénies companies) without forgetting the stick as it still delivers for Manufrance around 4 to 500 sticks a year.

The period of prosperity is indisputably during the fifties. Between 1950-1956, 43 people are hired. The company leaves Mignot to set up in Pont de Dore (site of the factory Pinay Fortias). It is the end of the site Mignot. 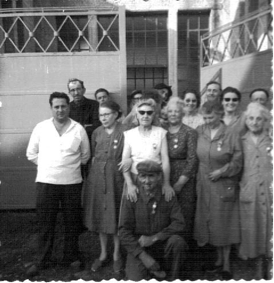 Workers at the Fayet company

From 1964, the umbrella (and notably the one of Aurillac) is in crisis, the name of the company is “Ets Fayet Roger”, directed by himself, exclusively reorients its production of sticks. The manufacturer crosses France to sell his models of stick and throughout his trips, he acquires antique, unusual, precious sticks, different to each other. Now, they are a real a source of inspiration for his son. 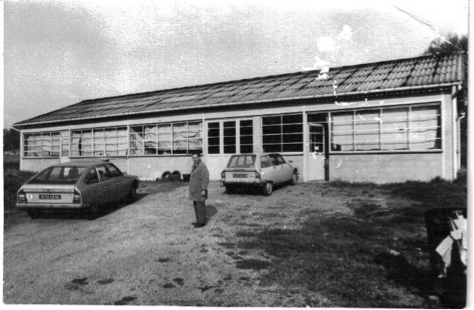 Roget Fayet and the factory

Jean-Luc, the grandson of Georges Fayet the founder, took the continuation in 1986, the name of the company is “Fayet Roger & son”. In 1988, the company became “SARL Fayet Cane Manufacture”.

Today, the company is situated “zone artisanale de bournat” at Orléat. Thirteen people work at the company which name is “Cannes Fayet” since 1st January 2015. Amandine, 4th generation took the continuation with her husband Cédric Dauduit. 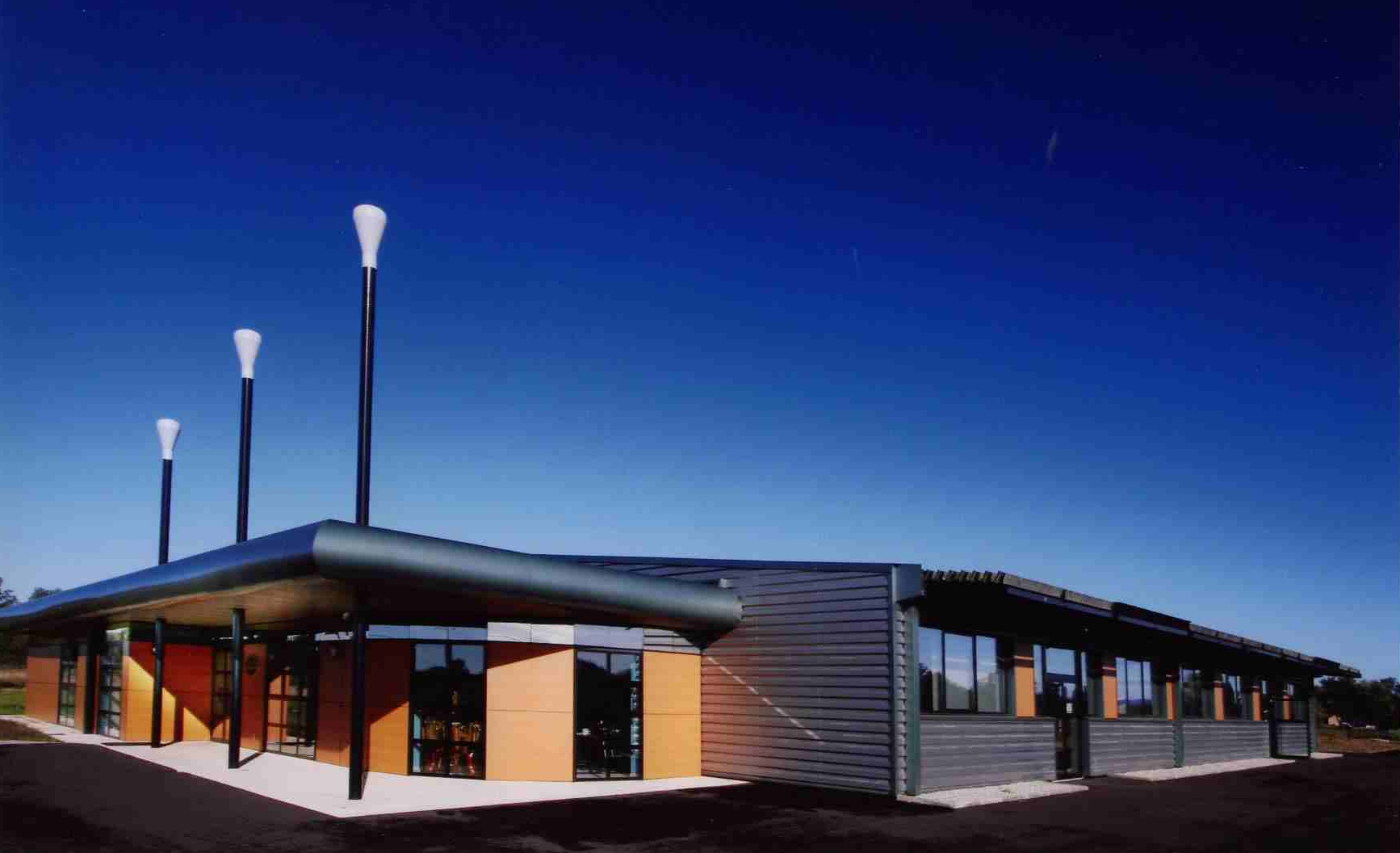